"The Hard Travelers are dedicated to finding ways to use their music as a vehicle to make a difference in the world."

The Hard Travelers  have had several groupings of outstanding musicians.  A long established folk group, they continued to perform exciting concerts and sponsor annual benefit events for charity, through the M.U.S.E. Foundation, founded by The Hard Traveler's remaining original member, Kenn Roberts.  Over the years, Mack became the center piece and lead of this band.

Kenn Roberts, Mack Bailey, Mike Munford, Jon Glik, Marc MacGlashen and Ira Gitlin were The Hard Travelers.  For more than 30 years The Travelers  delighted audiences from DC to Japan.  As members of a fraternity at the University of Maryland, The Hard Travelers began playing together in 1958. Original members were Kenn Roberts, Buddy Renfro and Mike Ritter.  During  their 60 years of performing some changes occurred.  After a hiatus, in 1987 preparing for a reunion concert, The Travelers added a fourth member, Mack Bailey, whose tenor vocals have become the heart of their sound.   They decided to keep the music going.  Subsequently, Mike Ritter retired and Buddy Renfro lost his fight with Cancer in May, 1998.

Evolving, they added three stunning instrumentalists, Mike Munford on banjo, Jon Glik on fiddle and Ira Gitlin on bass, with occasional assists from Marc MacGlashen on mandolin.  With these new talents, musically they evolved from Pure Folk to Folk-Bluegrass to Folk-Country, and had a unique quality of their own. Much of their music was self-composed, primarily by Mack Bailey and Buddy Renfro, but you could always count on a familiar tune from one of the many performers who have influenced their work. A mixture of varied voices blending into tight harmonies along with guitars, banjo, mandolin, acoustic bass and fiddle, The Hard Travelers were a truly unique act with an avid following of friends and devotees.

From their beginning until 2017,  they were the opening act at The Cellar Door in Washington, DC, toured all over the USA from The Kerrville Folk Festival to Grossinger's in NY, Azalea Festival in NC, The Wheeler Opera House in Aspen Colorado and a goodwill tour in Taiwan.  The Travelers were dedicated to finding ways to use their music as a vehicle to make a difference in the world.  In 1988 they produced the first "Hard Travelers and Friends Concert" to raise funds for Cystic Fibrosis.  An annual event for 19 years, The Travelers were joined by such renowned artists as Emmylou Harris, Alabama, Kathy Mattea, John Denver, Kenny Rogers, Alan Jackson, the Oak  Ridge Boys, Martina McBride and Reba McEntire, to name a few.  They  raised over eleven (11) million dollars for various charities, with their main focus on finding a cure for Cystic Fibrosis.

"The Hard Travelers are well known for giving a very lively and engaging performance, and for leaving their audiences feeling good about life, liberty and the pursuit of happiness!  They are a bunch of good ol' boys having a good ol' time sharing songs about everyday life experiences about everyday folks. A great band to get you in the mood."

"The Hard Travelers music features soaring harmonies worked into lively songs and poignant ballads.  The musicians are first rate and combine their talents to make a spirited good time for their enthusiastic audiences." 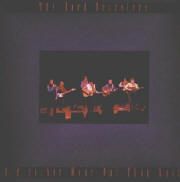 CD: "I'd Rather Wear Out Than Rust" 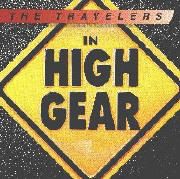 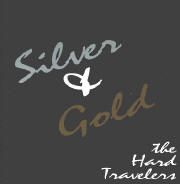 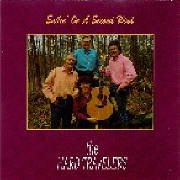 CD: "Sailin' On A Second Wind" 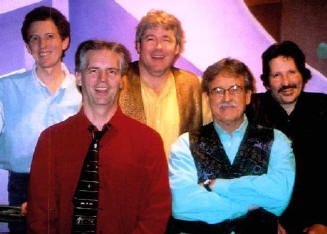 At The Rams Head, Annapolis 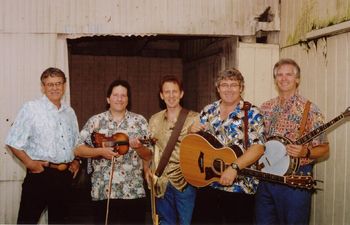 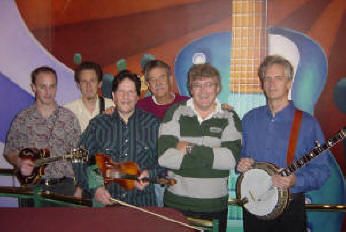 At the Rams Head, Annapolis 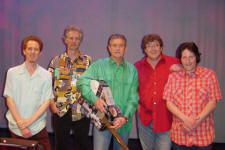 At the Spenser Theater, Ruidoso, NM 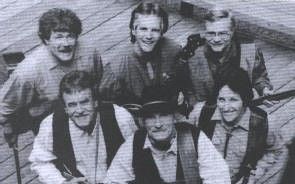 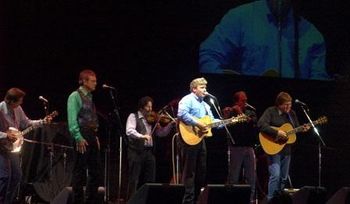 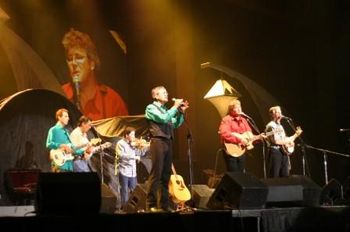 CF Charity Concert at the Baltimore Arena around 2006